The Calidore String Quartet has been praised by The New York Times for its “deep reserves of virtuosity and irrepressible dramatic instinct.” The Los Angeles Times described the quartet as “astonishing” and praised its balance of “intellect and expression.” The Washington Post has said that “Four more individual musicians are unimaginable, yet these speak, breathe, think and feel as one.”

Recipient of a 2018 Avery Fisher Career Grant and a 2017 Lincoln Center Award for Emerging Artists, the Calidore String Quartet first made international headlines as winner of the $100,000 Grand Prize of the 2016 M-Prize Chamber Arts Competition. The quartet was the first North American ensemble to win the Borletti-Buitoni Trust Fellowship, a BBC Radio 3 New Generation Artist, and is currently in residence with the Chamber Music Society of Lincoln Center’s Bowers Program (formerly CMS Two). 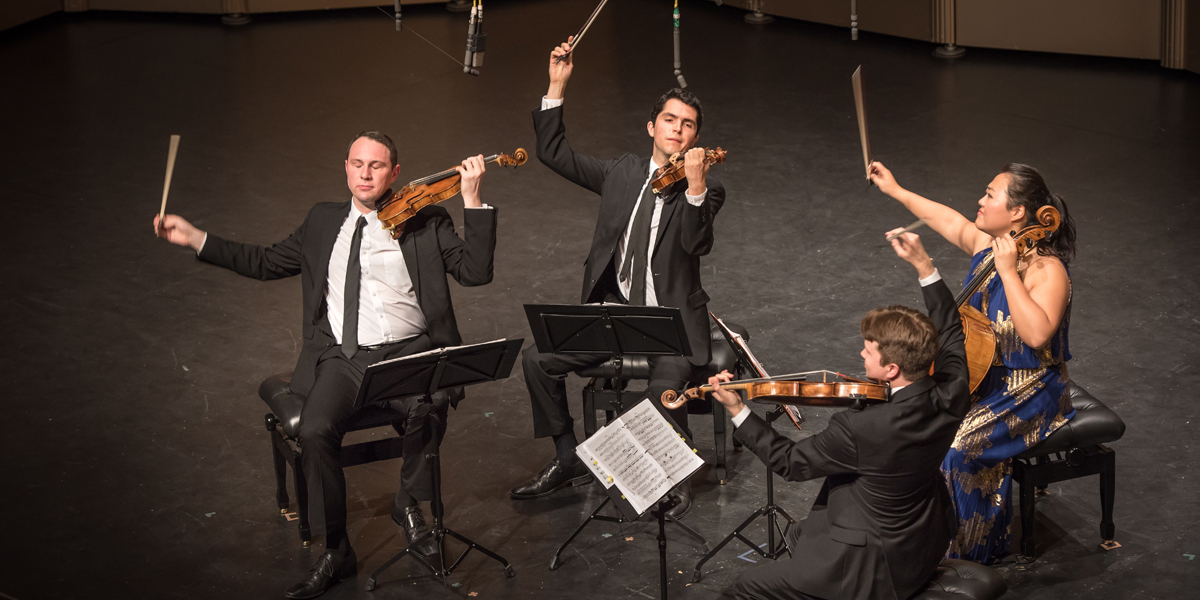 As one of two international composers of the season, Huw Watkins (of Wales) brings his own perspective to Chamber Music Columbus’ 75th anniversary, contributing his deep understanding of chamber music as not only a composer, but also a storied pianist.

His work, to be performed by the Calidore String Quartet on April 1, 2023 (no joke!) for the American premiere, is commissioned in collaboration with Wigmore Hall. The Calidore String Quartet, formed in 2010, was winning grand prizes at all major competitions for chamber music.  They are most notable for their musical expressionism and virtuosity, which is sure to be captured in this upcoming performance.