From our founding in 1948, by an OSU bound 17- year old West High grad, Chamber Music Columbus has emerged as a principal player in Columbus’ cultural galaxy. We invite you to explore our fascinating history by reading these E-books or downloading the PDFs. 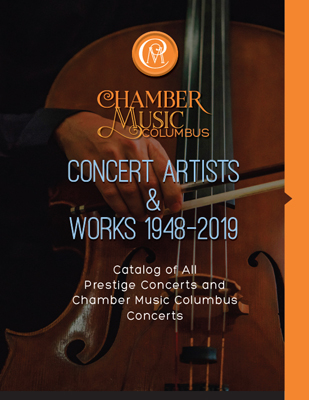 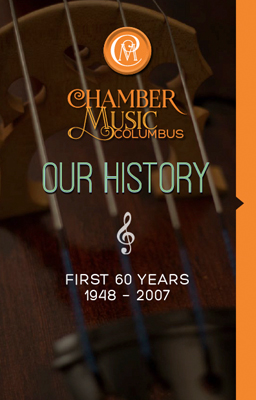 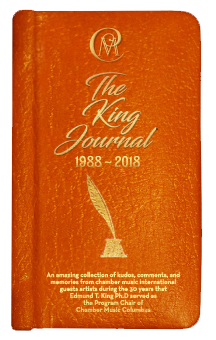 On January 6, 1930, James Nelson Cain was born in Arcadia, Ohio, the eldest child of Gladys and Alfred Cain’s three children. The family soon moved to Columbus.

His mother was a violinist with a local non-professional orchestra ensemble. By age 14, James was working as an usher and self-described “water boy” for the Columbus Philharmonic. He was paid in part by free admission to the concerts. He became a frequent guest at Philharmonic conductor Izler Solomon’s home, where groups of orchestra musicians would gather to perform. He would leave just in time to catch the last bus home.

In 1948, the 17 year-old graduate of West High School in Columbus was preparing to enter The Ohio State University. That year the student, James N. Cain, continued his studies and founded Prestige Concerts with the goal of “The furtherance of Chamber Music.” In response to evolving civic growth and social norms, in 1982 our name was changed to Columbus Chamber Music Society and, in 2003, to Chamber Music Columbus.

Our first season was a series of five performances that established us as a presentation organization. It was also auspicious beginning to his amazing long career including 12 years at the helm of, the now, Chamber Music Columbus and ultimately the Aspen Music Festival, and the St. Louis Symphony Orchestra among others. 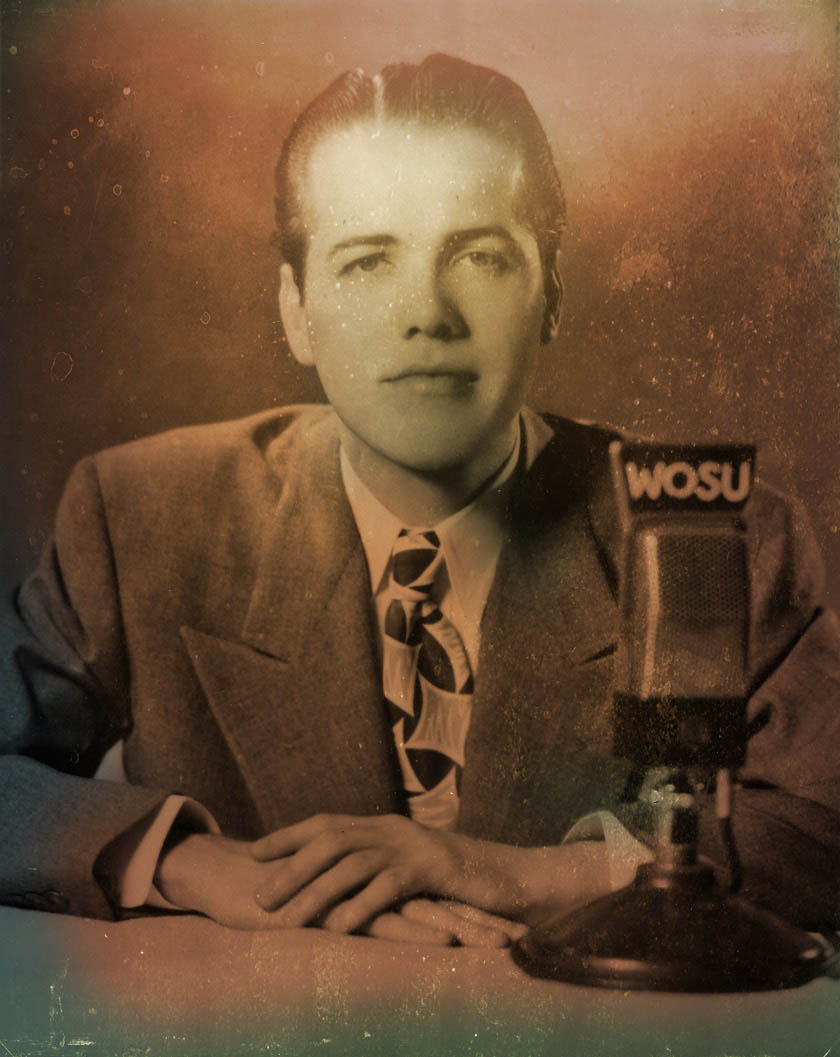 James N. Cain as a student broadcaster at WOSU