Source: Columbus Dispatch – Nov 2016
Pianist Joyce Yang is accustomed to making music as a group activity.
As she travels the country performing concerts, the musician from Birmingham, Alabama, frequently teams with orchestras and small ensembles.

Occasionally, though, she performs by herself.
Solo piano recitals — including the one Yang will present tonight in the Southern Theatre as part of the Chamber Music Columbus series — can pose challenges that differ from those of group appearances. When collaborating with fellow musicians, Yang is able to gauge the quality of a particular performance as it unfolds.

“You know if it’s going well, not going well; if there’s spontaneity onstage,” Yang said by phone. “It’s like we’re always finishing each other’s sentences, so you know sentence after sentence how it’s going.”

During solo recitals, without the support of other musicians, the pressure to perform falls squarely on her shoulders.

“It’s revealing of where your head is, your heart is, where your fingers are and whether you went on a vacation five weeks ago,” said Yang, 30, who frequently feels “drained” after a solo recital.

“It’s like I just poured everything onto the keyboard and then, at the end of the night, I just hope it went somewhere.”

Those who attend the concert tonight, however, will have reason to be optimistic about the final outcome: Yang’s credentials are impressive.

In 2005, at the Van Cliburn International Piano Competition, the pianist finished with the silver medal. And, throughout her career, her playing has drawn plaudits. 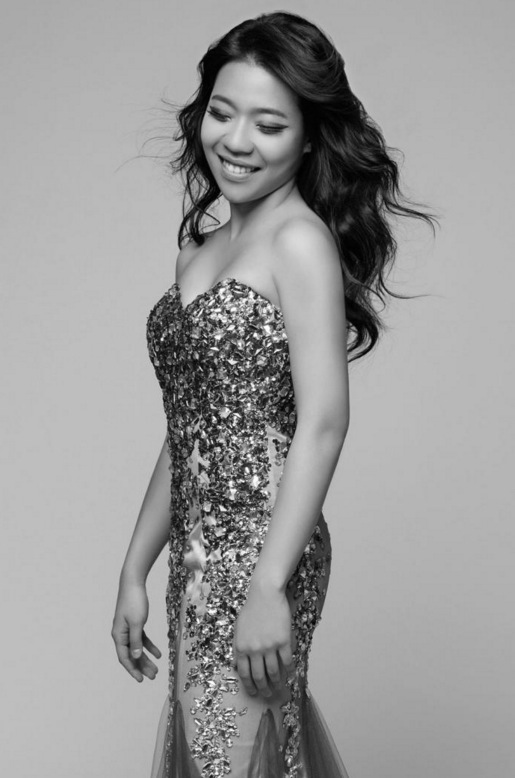 Former Columbus Symphony music director Jean-Marie Zeitouni — now working as the artistic director of Musici de Montreal in Canada — met Yang in 2013, when both conductor and pianist were appearing with the Hawaii Symphony Orchestra. “She played Tchaikovsky and was a superstar,” Zeitouni said by email. “She was a pleasure to work with and really easygoing; and, at the same time, a true performer, completely dedicated to the music she was delivering and the people she was trying to reach.”

In 2014, after Yang appeared with the New York Philharmonic, a New York Times review praised her “sumptuous, powerful, subtle performance.”

Her choice in career seemed unlikely, though, when she began studying music as a youngster in Seoul, South Korea.

“I was born into a family of scientists and doctors,” said Yang, whose father, Hyun-Soo, is a chemical engineer and mother, In-young, a molecular biologist.

“After dinner, all my cousins disappeared to go study in their rooms,” she said.

When Yang was 4, an aunt began offering her piano lessons.

“I was her first student,” Yang said. “She convinced my parents to get me a piano, so she (could) start all her skills as a piano teacher on me.”

“They were like, ‘You know, she has perfect pitch,’ ” Yang recalled. “And that’s what got my parents’ attention.”

At age 11 — two years after first traveling to New York to showcase her skills to Juilliard School faculty member Yoheved Kaplinsky — she moved with her mother to Stony Brook, New York.

In her new country, Yang attended school and on Saturdays participated in the Juilliard Pre-College Division.

Pianist Joyce Yang eager for challenge of solo performance
Nov 2016
While playing with the Juilliard Orchestra, she drew the attention of the management firm Opus 3 Artists, then known as ICM Artists.

“ICM’s managers showed up at the dress rehearsal,” she said. “They said, ‘We’d love to work with you.’ That was a big dilemma for my parents because working with them means I’d be touring in the U.S.”

And so, at age 13, Yang went out on the road — initially nonchalant about the experience.

“I never in my wildest dreams could think of this scenario,” she said. “I just happened to play a 20-minute concert, and then, suddenly, I have concerts lined up. I’m going to get pretty dresses, and I go out and I play the 10 things I can play really well.”

Since then, Yang’s workload has increased substantially: Last year, the pianist — who graduated from Juilliard in 2010 — performed 65 concerts, each one requiring considerable practice time.

The challenge has become somewhat easier since Yang married Alabama Symphony double bass player Richard Cassarino this year (they met in 2013 when she performed as a symphony soloist). In their Birmingham residence, Yang has more space than in New York.

“It’s nice to actually practice without neighbors on all four walls,” Yang said. “I have always had this feeling that someone’s listening and maybe I shouldn’t repeat it for the 4,000th time.”

At the Southern tonight, Yang will perform nine pieces by six composers. Masters of the 19th century — including Robert Schumann (1810-56) and Claude Debussy (1862-1918) — will be represented, as will contemporary composers, including Alberto Ginastera (1916-83) and Carl Vine (born in 1954).

“I constantly end up putting together pieces that really have very little to do with each other but, in a group, gains a bigger picture,” Yang said.

The concert will open with a flurry of four sonatas by Domenico Scarlatti (1685-1757).

Another highlight will be two movements from the suite “Goyescas” by Enrique Granados (1867-1916), with each making distinct demands of both listener and pianist.

The first will be “Complaint, or the Girl and the Nightingale.”

“The maiden sings, and then the nightingale chirps at the end,” Yang said. “It’s something very beautiful and hopefully takes no energy to listen to.”

More tempestuous is “The Compliments.”

“He puts every embellishment in the world in there,” Yang said. “I feel like it should be written for an orchestra, but I’m playing like every line.”